Anti-racism, compassion and closeness are the keywords for this event organized by Individuell Människohjälp, on the behalf of Lunds Kommun, but for the benefit of everybody.

There will be cultural events in five different places in Lund. In Bantorget, Lund International Students Choir will sing along with no less than five more choirs starting from 17.15.

There will be free Glögg and pepparkakor. 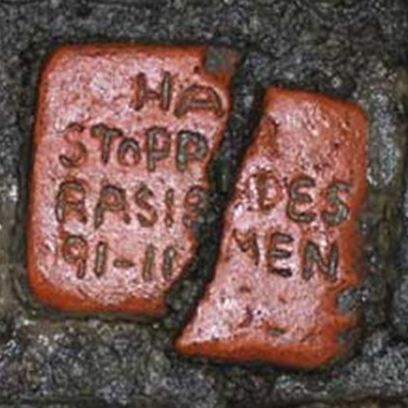 The meaning of 30th of November in Lund

The 30th of November is a very special date for Lund, connected to the death of King Karl XII, who devoted himself primarly to wars of conquest in Europe; his war campaign was largely unsuccessful, leading to a large toll in both finances and human lives, so much that Strindberg called him “Destroyer of Sweden” 1. The king lived in Lund for two years in 1716–1718, making it the de facto Swedish capital city for those years.

In 1853, professor of aesthethics Gustaf Ljunggren proposed that the day would become a celabration in Lund in memory of the king: the suggestion was adopted and, during the 19th century, the commemoration began with an oration of Lunds Akademiska Föreningen, after which students would march with torches from the newly constructed statue in Lundagård, towards Katedralskölan (where the king used to live), where they would sing Viken, tidens flyktiga minnen and Kung Karl, den unga hjälte. 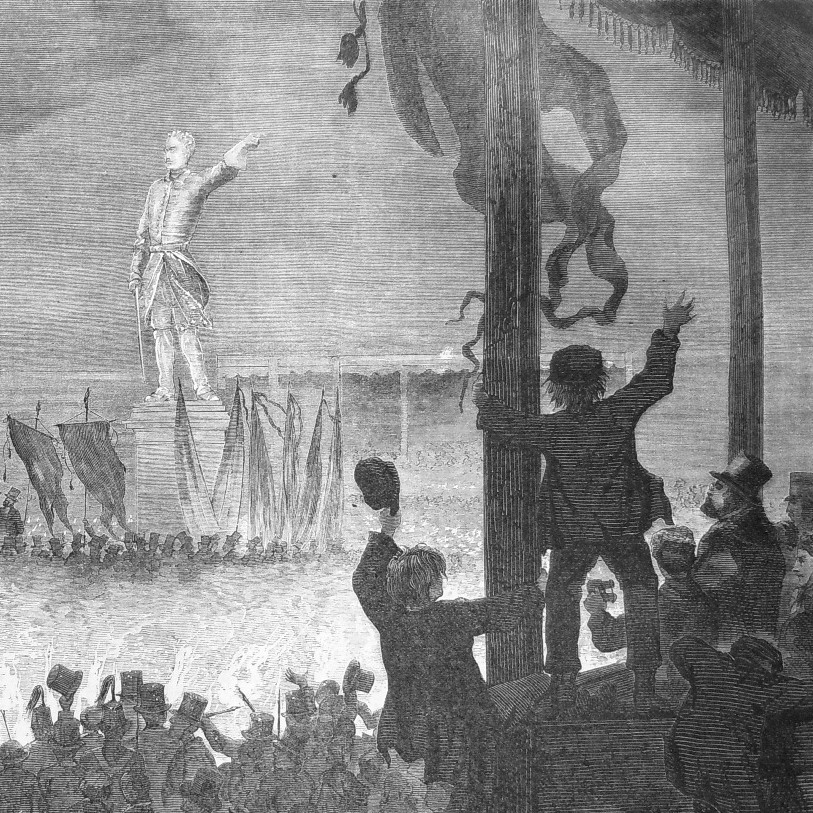 Controversy over the celebration

Already towards the end of the 19th century, however, the celebration was already debated because of its extreme nationalistic and extreme right-wing undertones. Those became obvious during the parade for the inauguration of King Karl’s statue in Stockholm in the 30th of November 1868 in which lower class members were not admitted. King Karl was, as a matter of fact, a symbol of the Swedish upperclass and, hence, of the extreme right; this is furthermore shown by the fact that, on his 50th birthday, Adolf Hitler was given a statuette of the King as a gift from the extreme right-wing organizations Svenska-Tyska Föreningen and Samfundet Manhem.

By the 1920s the celebration stopped being a students tradition, and it was instead taken over by extreme right-wing groups who formed the 30-novemberföreningen, initially lead by nationalist Lars-Olof Roland, and taken over in the 1960s, by the jailer Lars Hultén. The celebration of 1968 in Stockholm drove attention because the fliers would explicitly forbit “Jews and Negroes” to participate.

In the 1970s counter-demonstrations by anti-racist groups began to be organized. 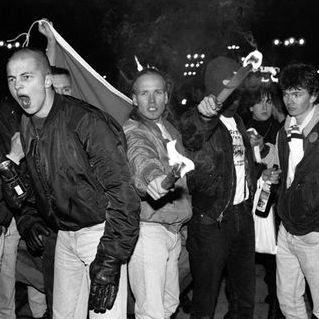 At the end of the 80s, the range of neo-Nazi elements began to arise, such as Nazi salutes (Hilergruß), Swastikas and anti-semitic slogans. The atmosphere began so hot that a de facto curfew was implemented in town. Longtime member of Lund International Students Choir, Alexandra Thílen described the atmosphere with those words:

When I was little, me and my family were headed to town but found out that it was the 30th of November. Out of fear of racism and xenophobia, we turned our cars and went home again; and I have not dared to be in town the 30th of November since then.

The political situation in Sweden in the early 90s was thus very serious, and at the same time Sweden was undergoing a grim economical crisis, and both police and politicians thought that remaining silent to the problem would be the best course of action. 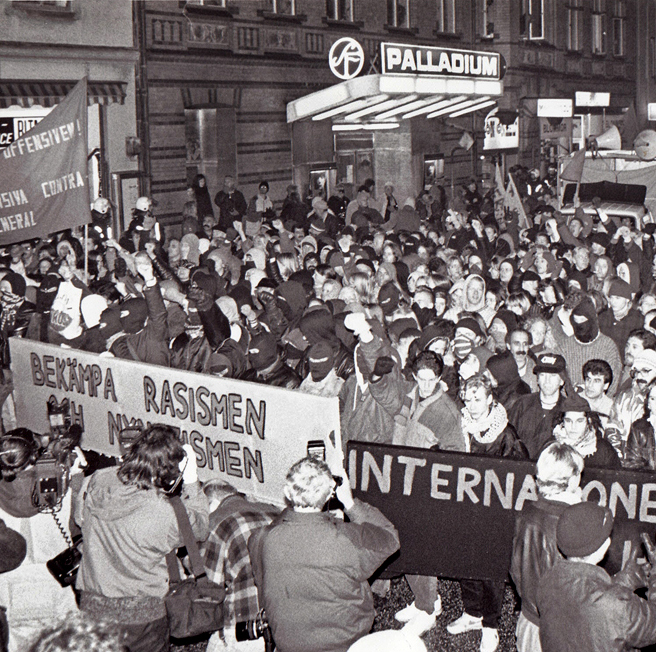 Thankfully, not everyone was silent, and, in 1991, a blockade of about 2.000 people in Södergatan, supported by the Danish anti-racists, prevented the torchlight procession and the police to pass.

This was, as a matter of fact, the end of King Karl XII celebration on the 30th of November, now instead regarded as an anti-racist day in Lund. Ten years later, a ceramic memorial (today replaced with a brass plaque) was placed on the site of the blockade, reading:

The date is hence a very big win and important breakthrough for the anti-fascist movement in Sweden, inspiring other cities (such as Göteborg and Stockholm) to organize their own counter-demonstrations. There was a trend reversal in a very dangerous trend. Again, in Alexandra’s words:

Things are about to change! Come and listen me sing in Bantorget in Lund on the 30th of November, an evening of love and solidarity. It will be the first ever November 30th which I dare staying in town!

So, come and join us!

Written on the 100th anniversary of king Karl XII's death, commemorating the march towards Narva

Song depicting King Karl as a hero of Sweden

The TV coverage of the demonstration of 30th of November 1991

We will sing along with the following choirs: Svart på Vitt, Supernovan, Tonoptimisterna and Olas Kör.

You can find additional information on the event, on the IM website (Swedish only).